Will Your Luck Be on Fire with Triple 7 Inferno Slots?

Play Now
This slot uses the theme of fire to set the reels on fire… but there’s no need to worry about getting burned. Instead, you have a shot at grabbing some nice prizes if you get one of eight combinations on the reels you’ll be presented with. Are you ready for another top game hot off the press from Real Time Gaming?

You will see just the one payline here along with three reels.

With coins available between the values of five cents and five dollars, you should find something you are happy with. Additionally, you can play from one to three coins on that one line. The more coins you play, the bigger the associated prize if you do get a winning combination.

No. There are no wilds and definitely not a single scatter to be seen. However, you do have three types of bar symbols, and if you get any combination of those on your payline, you will win. The smallest prize is for three blank spaces. The biggest is for three fiery symbols, but weirdly it will only pay if you play two or three coins. This is something worth being aware of. If you only ever play one coin, only five of the eight combinations will pay out if you get them. This means you could have three fiery symbols… and you’d get nothing. If you played two or three coins, however, you’d win 500 or 1,000 coins respectively.

No, there’s no bonus round to be found here.

These types of games are not for everyone. However, you may sometimes want to try something a little more straightforward, with none of the frills that other games have. If that’s the kind of mood you’re in, Triple 7 Inferno could offer you just what you’re searching for. It’s nothing earth-shattering but if you were to win the jackpot you wouldn’t be saying that! So you never know, the game could be a favorite simply by paying out to one lucky person like you. Check out the options and the pay table now and see if this could be your lucky day.
Play Now 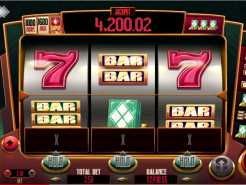 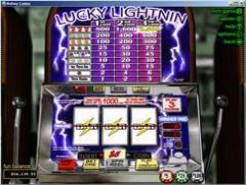 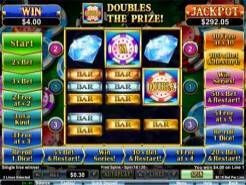