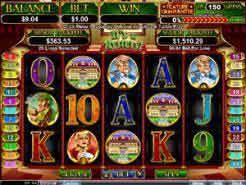 Play Now
There are always mysteries in life and this game proves it yet again with the many different puzzles that need to be solved and the crimes by the indelible detective and his team of helpers with his helpful tools that include a magnifying glass used around the old fashioned mansion to find clues. There are five reels and twenty five paylines in this game that includes two random progressive jackpots. Both the minor and the major jackpots increase in value with every real money bet that is placed and either can be won at any time when playing the real money version of the game. Players can choose coin sizes from $0.01 up to $5 with a maximum bet of $125 per spin possible.

The question mark is the wild symbol in this game and it substitutes for any of the symbols apart from the scatter logo. On its own the question mark rewards players with some huge payouts. Five of the question marks on screen reward the player with 7500 coins. The logo is the scatter symbol awarding players with multiplying payouts and also being the trigger for the special portrait puzzle game. There are two levels to the bonus game., in the first level the player needs to solve the puzzle as quickly as possible to win free spins and in the second level he has the same task and this will reveal the multiplier that he benefits from for the free spins. The player can win up to 50 free spins with a multiplier of up to 6x. Playing this puzzling game has many bonuses and in addition there is a win win feature that allows the player to always win if he does not make any winnings during the free spins feature. And of course the two random progressive jackpots must not be forgotten.
Play Now 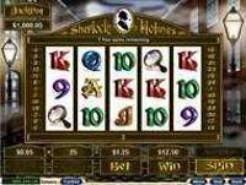