Play Now
Remember the Diamond Mine slot released a while back by Real Time Gaming? Well now you have a chance to play Diamond Mine Deluxe as well. It has some things in common with the original, but RTG has also put in place some impressive changes – otherwise this wouldn’t be worth playing, would it? And we can confirm it definitely is.

There is only one payline to bet on here, and just three reels, but don’t let that deter you.

Choose from coins worth between five cents and five dollars. You also have a chance to play one to three of your chosen coins on that payline. This means your top bet is $15, but you can play with three coins from as little as 15 cents.

Yes, there is a 2x symbol that does exactly what you would think it would – it doubles the amount you would win on the payline if you get a winning combination. This is actually a wild that makes a lot of sense in terms of design! If you get two of them, you’ll get 4x the prize, unless three of the double diamond symbols are showing. Other than that, there is a prize to win for one cherry on the payline. This is the smallest prize. The biggest is for three of the 2x symbols on your payline. If you make the maximum three-coin bet, you’ll scoop the jackpot of 3,000 coins with this bet. A two-coin wager would get you 1,600 coins, while just the one coin would return 800 coins. As you can see, it really is worth putting down three coins per spin if you can, even if that means reducing the coin value.

No, there is no bonus to look for here.

In many ways, Diamond Mine Deluxe is not a million miles away from the original game. However, it is definitely worth playing, especially if you like the more traditional games. Get ready to play a slot that has a wild worth getting, and you never know, you could end up with some great prizes if you manage to spin the right combinations into view here.
Play Now 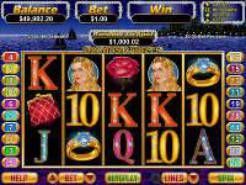 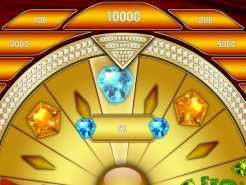